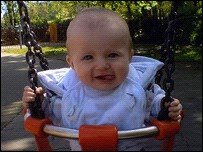 ---- Nnorom Azuonye
Posted by The Blogmaster at 2:42 AM No comments:

The flippancy of men is visited upon their children.

As a young boy, Ugo was beaten in a wrestling match by Ogele. Over the next few months after that match, Ogele tormented and humiliated Ugo over his loss until Ugo challenged him to a rematch several months ahead of the New Yam Festival of which the wrestling match formed a part. To strengthen his challenge, Ugo wagered his father's land as the trophy Ogele would win if he beat him. However, circumstances beyond Ugo's control take him away from the village for many years until a dying Ogele reminds Ugo of their outstanding showdown. But neither of them is in any shape to settle this old score.

This story was publishedin Sentinel Literary Quarterly Vol.2 No.2, January 2009
and can be read here: http://www.sentinelpoetry.org.uk/slq2.2/fiction/nnoromazuonye.htm

Nnorom Azuonye
www.nnoromazuonye.com
Posted by The Blogmaster at 9:13 AM No comments: