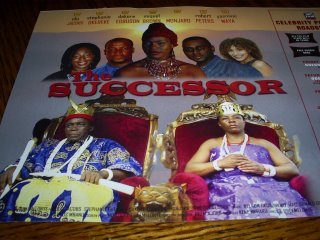 Alien in my flat 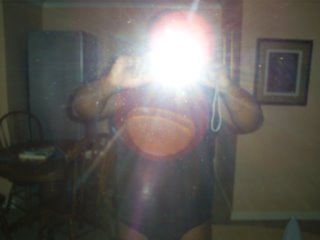 What if I said, forget about reptiles, forget about oversized eyes, aliens wear black t-shirts and forget to put on their trousers. What would you say?
I surprised this being this morning in my flat and caught him on film. Appreciate.
Posted by The Blogmaster at 9:15 AM No comments: 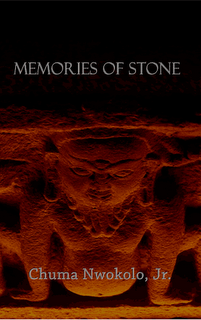 Agenda includes:
-Launch of the poetry collection "Memories of Stone" by Chuma Nwokolo, Jr.,
-Pre-launch of "Letter Home" - poems by Afam Akeh
-Unmasking the future of Sentinel Poetry Quarterly and introduction of the new Editor
-Open Mike - readings of works by black writers. Readers may read their own works or works by legendary black writers.

If you would like to read at this event, or require more information please conatact:
Nnorom Azuonye (Event coordinator) E-mail: sentinel@sentinelpoetry.org.uk
Tel: 07812 755751
http://sentinelpoetrylive.blogspot.com

src="http://pagead2.googlesyndication.com/pagead/show_ads.js">
Posted by The Blogmaster at 7:55 PM No comments:

(In)Justice At Last For Damilola Taylor

In "The senseless murder of a smiling schoolboy that shamed a nation" (The Scotsman, April 26, 2002)Gethin Chamberlain writes:

Damilola had dreamed of changing the world and helping
other people. Perhaps, in a way, he succeeded.

In the days after his death, Jack Straw, then Home Secretary,
spoke out against the "walk-on-by society". He said what had
happened was a wake-up call to remind Britons they must never
allow lawlessness to go unchallenged.

Mr Taylor also noted a change. A year later, he recalled:
"When Damilola was killed my life was devastated. I blamed
everyone - my country, this country, everyone. But his death
made the authorities sit up and take notice, it forced those
who make the laws to face realities.

"But most of all, I believe, it made parents and communities
more aware of their responsibilities towards young people."

If the killing of Damilola actually made any changes in the hearts of people, and in the way people think, one would have expected that at least this young soul so brutally dispatched from the world would receive justice in the hands of the British criminal system.

We all prayed for a miracle so that the killers would not go free and be there to kill again. The ease with which young offenders get away with light sentences for crimes as heinous as murder is an encouragement for them to continue to commit these murders because as one of the Preddie brothers boasted, they are virtually untouchable. It is not true that murderers under 18 do not know what they do. These people must be made to pay the full price for killing another human being.

Fast-forward to October 2006. In the black history month in Britain, and the British legal system reminds every black man that nothing has changed. It does not matter that this is a black on black crime. It is incumbent on the authorities to hand down a sentence that is deterrent enough for other kids in the hoods, sentences strong enough to stop them gutting their neighbours with broken bottles or knives.

I was walking along Edgware Road in London when the Evening Standard headline of Monday, 9th October 2006 screamed at me: "DAMILOLA KILLERS 'FREE IN 3 YEARS'" I felt so sick I quickly found a corner and tried to puke for relief, but nothing came out. I was left with a burning and wrenching feeling inside. I found courage to pick up a copy of the newspaper and read the report by Paul Cheston carefully. I read about how Mr Justice Goldring stressed the Preddies were only convicted of manslaughter and not murder. Funny that the slaughter of a man which really sounds awful, like the slaughter of a goat should carry less sentence than murder when both achieve the same result - death of a human being.

Goldring said the usual stuff judges say when they know the bereaved and anyone who believes in justice will be truly offended, "No sentence can bring Damilola back. Maybe they will consider the sentence inadequate, but I cannot sentence on the basis that the defendants intended to kill or cause really serious injury. I also have to sentence on the basis of their ages at the time of the offence."

Eight years for the Preddie brothers, with eligibility for parole in 3 years. I think that this is injustice served. This is also a big signal to other prolific young would-be murderers to get on with it. Afterall they could get away with it for up to 5 years or forever, but even if they are caught, they could walk free in three years or so.