I have just seen three of my poems in the freeverse section of the Spring issue, World Haiku Review Poetrybridge.

Poetrybridge as the name suggests is the section of the World Haiku Review that publishes other forms of poetry other than the Haiku to close the gap between Haiku writers and those that write other forms of poetry. The poems featured this time include "A Voyager's Witness", "A Juror Of My Time" and "Liberty" To go to the World Haiku Review now, Click Here
Posted by The Blogmaster at 8:24 AM No comments: 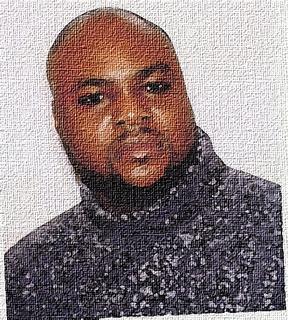 I live in England with my wife Amaka, my son Arinze and my daughter Nwachi.
Posted by The Blogmaster at 4:38 PM 3 comments:

In the past two days I have been updating nnoromazuonye.com, trying to give my visitors more content.

As you probably know, if you follow Nigerian literature, Unoma Azuah's new novel "Sky-High Flames" was released this year by Publish America. I have put some info about the book up and really look forward to a review. If you can write a review of this book, I will be happy to publish it. See Sky-High Flames

Thank you for visiting. Feel free to comment on anything you see here, and come back again soon.

Nnorom Azuonye
www.nnoromazuonye.com
Posted by The Blogmaster at 1:38 AM 3 comments:

Early in 2003, I discovered that a gay ministry group had used portions of my poem Brotherhood on their homepage. The poem was used in a manner that changed its context completely and made it appear like gay poetry. I was unhappy about this, and demanded immediate removal of the poem from their website. In turn I also removed it from my site at www.nnoromazuonye.com

However recently I have found that Brotherhood is the top keyword search on my site, and many have asked for it to be e-mailed to them, others have asked for information on where they could buy Letter To God & Other Poems - my collection of poems in which it appears. I have also been touched deeply by the realisation that several people use lines from the poem as their e-mail signatures which show up again and again in forums online. Today, I saw several people in a forum for people with AIDS supporting themselves with words from this poem. This is why I am now putting up the poem in full here on my blogspot. I regret my oversensitivity about the way the poem was portrayed. As a published item, I don't think it is really my place anymore to question how people interpret Brotherhood.

May truth be told when my days stop breathing.
If it proves my one thought, belief, or fear
made life better for somebody,
or somebody better for life,
because I was not lost in a firework of fancy
and unfathomable clues,
that will be my crown of vindication

I want to know precisely what I mean
when I call you brother.
Are we merely wayfaring companions,
or is there more to us? Something deeper?

We are seeds of the same fruit,
travelling along a mysterious road of love.
It horrifies me how much this love is tested
day after day, to the very edge of reason.

What exactly is expected of us?
Night after night I think about what we are
praying that someday I shall understand it
and perhaps compose a pledge of brotherhood.

Brotherhood is a force field
raised around true friends.
It is about understanding at the end
of the day, we are free spirits,
with distinctive emotional fingerprints
in each eye of our individual minds
the world wears a unique mask.
We walk hand in hand most of the time
but we really follow our own hearts,
and this in itself masquerades
as the spirit of disunity.
If only we can understand this
we will re-write alphabets of forgiveness,
and live in peace forever.

Brothers are wayfaring companions
on a journey begun at the same point,
at different times, who meet along the way,
in the wild diner off the motorway of life
where they nurture their unique connection.

True brotherhood amazes and uplifts
like wind beneath wings of an eagle:
it is about fears and tears fairly shared,
it is about hopes and laughter fondly enjoyed.
It is about hands mutually holding on tight,
whether cruel storms rage
or dark unknowns haunt,
through calm dawns and warm sunrises
or the injuries of tragedy,
the circle stays rock-solid.
Nothing matters much for too long
except love.

Brotherhood is taken from Letter To God & Other Poems by Nnorom Azuonye (2003: Nsibidi Africana Publishers, Milton USA) nsibidix@aol.com
Posted by The Blogmaster at 11:37 PM No comments: