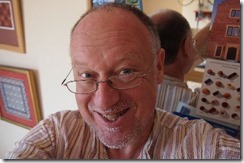 The first few stories I read, of the nearly one hundred that had been submitted to the competition, were not prizewinners. That was the luck of the draw. Of the following ninety, far too many were far too good to make a judge’s life comfortable.

I discussed my criteria with a friend. How will you go about it? He asked. I answered that I’d pick the ones that had the greatest impact on me. He would have taken, he said, what he called the ‘bureaucratic’ route, by which he meant having half-a-dozen elements against which he would judge each story.

I could see the logic in that. A story that ticked all the boxes would be the winning story: obvious. Most of the stories submitted to this competition would have ticked most of the boxes I would have devised: location, character, narrative voice, storyline, ambience, but I suspect I would have ended up with a ‘Ministry of Works’ (an archaic term that I hope still communicates its meaning!) story, ‘a horse designed by a committee.’  It would have been competent, reliable, worthy, politically correct, safe, and not too pungent. All the elements would have been in balance: nothing would have strained to pull the story in any particular direction. In short, it would have been without identity.

I don’t react to stories in that way, and I hope that you don’t either. Very many of these stories pleased me. Some made me laugh, one or two made me wince. A few seemed  more like reports of stories than actual stories. Several were marred by slips of the pen, or of the mind; some had poor punctuation that made them difficult to understand. Some gave me the impression that their narrators did not know why they were telling them, nor to whom. One or two seemed like authorial wishful thinking.

Most were imaginative, exciting, told with passion and commitment. The worlds they envisioned were credible, compelling, often very like ours; sometimes quite different. The stories believed in themselves and, for a while, could be believed in. Reading through them all made me realise just how healthy the short story form, in English, is at the moment. But I had to pick out a mere six, for prizes, and High Commendation.

Though not tick-boxes, I do have two fundamental questions that I believe must be asked of stories. The first is ‘what is it about?’ This is the question we are almost certain to ask, or think of asking, when somebody tells us they have read something. The second is ‘what is it like?’ This is a question that writers are more likely to ask, because we want to know how it has been done. They are the questions that point to content, and to form. All art tries to balance those two, and it is the tension between them that gives potency to the work.

I’ve won prizes and commendations in the past, and I’ve also sunk without trace. In both circumstances I’ve reminded myself that it’s one person’s (or perhaps a small panel’s) opinion that has been swayed, for good or ill. It’s worth remembering that the success in writing is in the writing, it is only ‘recognition’ that anyone else can bring to you – and that is limited by their abilities as a reader as much as by yours as a writer!

The winning story haunted me. From the moment I read it, it remained in the back of my mind. I knew it was a contender immediately, and none of the subsequent stories shifted it from my consciousness. From the title onwards it worked towards its ending. I like powerful endings: Ambrose Bierce, sending us forward into a disaster that we cannot help but foresee in the last two words of The Coup de Grace; Ernest Hemingway, sending us back into the story with fresh understanding after the shattering revelation in the last sentence of A Canary For One. Yet here, I choose a story that has what we might call an open ending. The Weight of Dunlins is a story that is most definitely over though. The narrator has finished telling it, leaving us to wonder: how long ago did it happen? Is he still on the island? Might he meet her again? And think about the qualities of those two ‘wows’ they have exchanged: metaphors for the relationship between them.

The atmosphere of place, of people located in place and in time, is powerful. The relationship between the protagonists is uneven, and nuanced. That oblique title sets us off on a quest that the explanation of ‘machair’ only deepens, into a story that is at the same time both simple and ‘grounded’, yet also highly imaginative and ethereal.

My Second prize story is in a totally different genre: The Cranes soon loses its contact with objective reality, before even a foot has been placed on the first rung. Yet, as the protagonist climbs higher the glimpses of reality that he gets become sharper and more powerful as he distances himself from them. The final scenes, the final words, are terrifyingly real.

Third prize goes to Mah Sister, which I loved for the hutzpah of its language as much as for the neat twist in its tail. As this story progresses, a deft and light narrative thread gives way to a well-handled dialogue. If you havnae heard a Scottish accent before, get your ear in on the internet, and this story will sing to you! And if, like me, you laugh out loud, remember that it is your own assumptions (prejudices we might call them) that lead you to the comic surprise!

My three Highly Commendeds are Ganesh, The Cosmological Constant, & The 5A to Hangleton.

Ganesh is a simple story of human contact and communication in a moment of distress. The meeting, across class and culture, is credible and moving.

The Cosmological Constant shows us the wonderful, obsessive focus of the ‘corporate’ mind on the task in hand, oblivious of the chaos going on around.

The 5A to Hangleton takes us on a surreal journey, that seems entirely plausible, to the point of normality; but there is triangle of very real people behind it.

Highly Commended, in no particular order:

Rob Hawke - The 5A to Hangleton

Colin Watts - The Weight of Dunlins

Congratulations to the winners and highly commended authors. These stories will be published in Sentinel Literary Quarterly magazine on 31st January, 2014. The 1st, 2nd and 3rd prize winners automatically appear in print. The highly commended stories may also appear in print, subject to space, otherwise they will be published in the online and eBook versions of the magazine. If you are a winner or commended author and have any questions regarding the publication of your work, send enquiries to editor@sentinelquarterly.com

For original, previously unpublished poems in English language on any subject, in any style up to 50 lines long.

For original, previously unpublished short stories in English language on any subject, in any style up to 1500 words long.

Posted by The Blogmaster at 8:39 PM No comments: