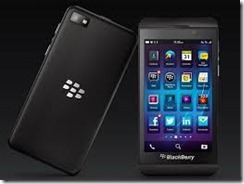 My mobile life is currently in a mess. I recently switched networks from Orange to Vodafone and got the new BlackBerry Z10. The Z10 is pretty. The technology is bold and innovative.The still and video cameras are excellent. The photo studio is mind-blowing. The BBM experience is enhanced and just wonderful. The Z10 by the way has the best voice command I have ever encountered in a mobile device.

But...ahem... This phone is a colossal successful disappointment. The navigation is an agent of frustration because the touchscreen gestures are temperamental, deciding when to work and when not to work. Getting out of apps is capable of inducing depression in a black man - no mean feat, that. I had to look up how to save a number when somebody calls you whose number is not in your phone book. The instruction was to place a finger on the number for a menu to pop up, but each time I placed a finger on the number the eager Z10 immediately began calling it. I found on the internet that this simple requirement is driving Z10 users mad across England.

Then sometimes the onscreen keyboard will not work at all. And since there is no alternative way around it, I had to switch the phone off and reboot it and wow, the keyboard came to life.

Then I needed to install Whatsapp. After downloading it, I got a message that installation failed because my Z10 only had os10 and I needed to update my software to os10.1.3. No problem. I attempted to update the software but got a message that the file was too large to download over the network, that I must use Wi-Fi. No problem, I set up my Wi-Fi, but the Z10 was not having it, said the Wi-Fi in my home was limited. I called Vodafone to ask how I could get over this. The Wi-Fi in my home is not at all limited; my laptop, my wife's laptop, and our other phones all tap into this Wi-Fi and when we have visitors they all hook up their phones or laptops to this Wi-Fi and it works. The smart Vodafone staff advised me to take the Z10 to a Vodafone store then each time I needed to update my software, that they would do it free. The nearest Vodafone store to me is in Eltham! I have to drive 20 minutes each way (if traffic is light) just to get my phone's software updated?

Finally had to take the phone back and cancel the contract. I am in the process of porting my number out of Vodafone temporarily to Orange but should be back on Vodafone with a new, more stable phone sometime next week.

Posted by The Blogmaster at 3:57 AM